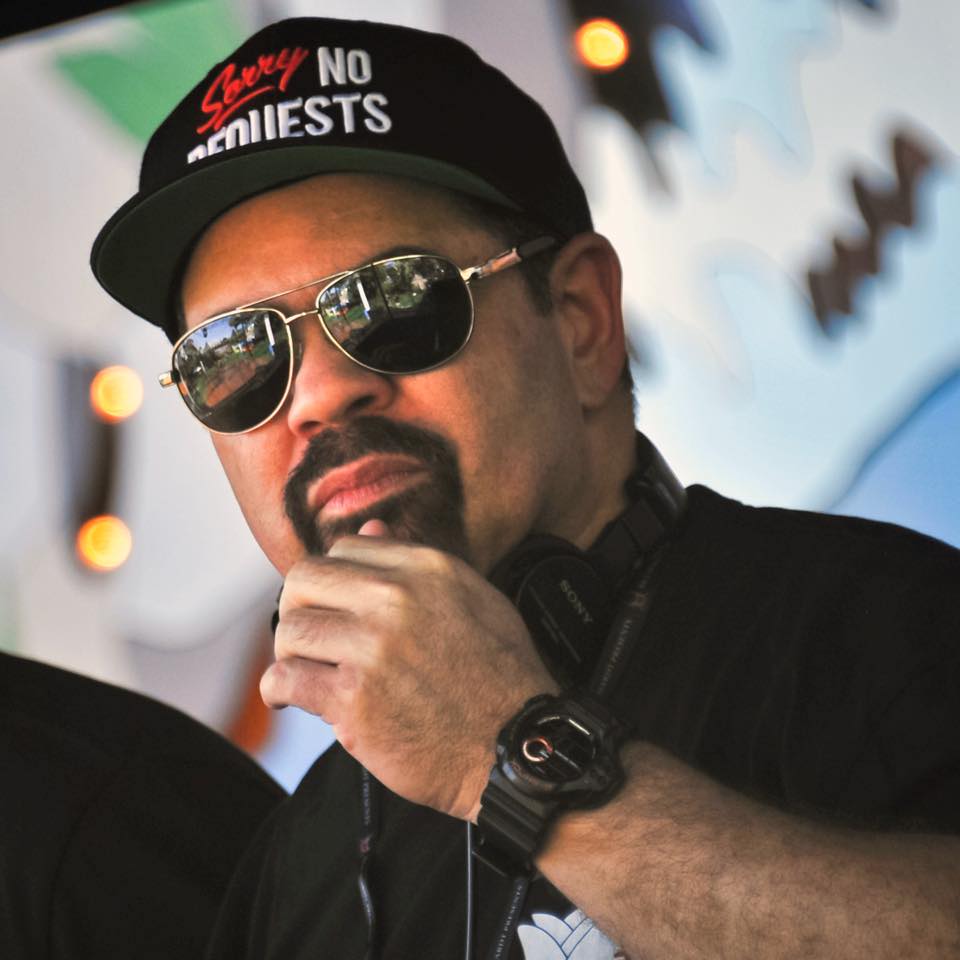 International Dj/Producer/Remixer and Grammy Award Nominee, half of the Dj duo, “Rosabel” and Owner/ Dj of “Resist” Underground Parties.
His production and remixing team, Rosabel, continues to churn out #1 Billboard dance hits including their Grammy Award Nominated remix of Rihanna’s “Only girl in the world”, OFFICIAL Remixer for major artists like, Gloria Estefan, Jennifer Lopez, Madonna with Nicki Menage, Katy Perry, Janet Jackson, Cher, Donna Summer, achieving multiple number one Official Billboard hits, including their own insanely huge anthem “Chacha Heels” by Rosabel featuring Jeanie Tracy, and who could forget their 2 week #1 Billboard Hit, the classic remake, “Don’t you want my Love” Featuring the legendary Debbie Jacobs Rock, and so many other hits. Abel Aguilera is undoubtedly at the top of his game and in an industry overrun by fledgling DJs aspiring to follow in his footsteps, he ranks even beyond the title of “super DJ”. He is among the select group of “Uber DJs.”
Born in Brooklyn, New York, now in Miami, Florida, Abel Aguilera has always had a passion for House music. He isn’t new on the market, in fact, he had his first pair of turntables and mixer at fifteen years old and within a year, was spinning high school parties, sweet sixteen’s and weddings. Within the years 80’s, 90’s, 2000’s he was spinning career defining Miami and NYC residencies in nightclubs including “Club 1235”, “Sound Factory(2)”, “Paragon”, “Salvation”, “Glam Slam”, “Space”, “Score / Trade” and also had a 5 year radio mix show on Miami’s Super Q FM 107 1982-1987 Abel’s profile among the dance community skyrocketed in March of 1992 with the opening of Paragon in South Beach, Miami. South Beach was the epicenter of the U.S. Abel reigned supreme as the club’s resident Saturday night DJ. Partiers reveled at Abel’s explosive blend of heavy progressive tribal beats, diva anthems, Deep House after hours, and retooled classics and with his new status, Abel enjoyed a plethora of headlining offers from clubs and events from around the world. He expertly selected the best opportunities and by the time Salvation closed its doors in 2001, Abel had solidified his position among the elite after-hour DJs. He had branded his name with some of the USA’s biggest events, including his longest almost 3 decade long residencies at San Francisco’s “Aftershock” and “WPPS”. In 1993 Abel teamed up with long time friend, Chicago-based Legendary DJ, Producer Ralphi Rosario, in 1994 they had produced the “Grammy Award Nominee” production and remixing team, Rosabel.
“My success boils down to these words,” explains Abel. “The Latin blood that runs through my veins is in my music too and that’s what keeps the bodies grooving. Nothing gets you shaking more than pure rhythm and feeling” ! You can experience Abel’s rhythms for yourself at events throughout the world and at his regular headlining gigs in Miami, NYC, and around the world. He also has a recent First Album with his production partner Ralphi Rosario called, ROSABEL “The Album” – and has also created a new party brand called, “Resist” which is a unified mix crowd driven with sounds of the underground house, deep house, techno and techhouse style and in a league of it’s own also, and Abel has also an EP on Nervous Records called, The Unexpected EP “Can you Resist?” Abel is one of the most diverse Dj’s of our time, and if you ever had the pleasure to experience any of it, you know this man has serious history behind his career.