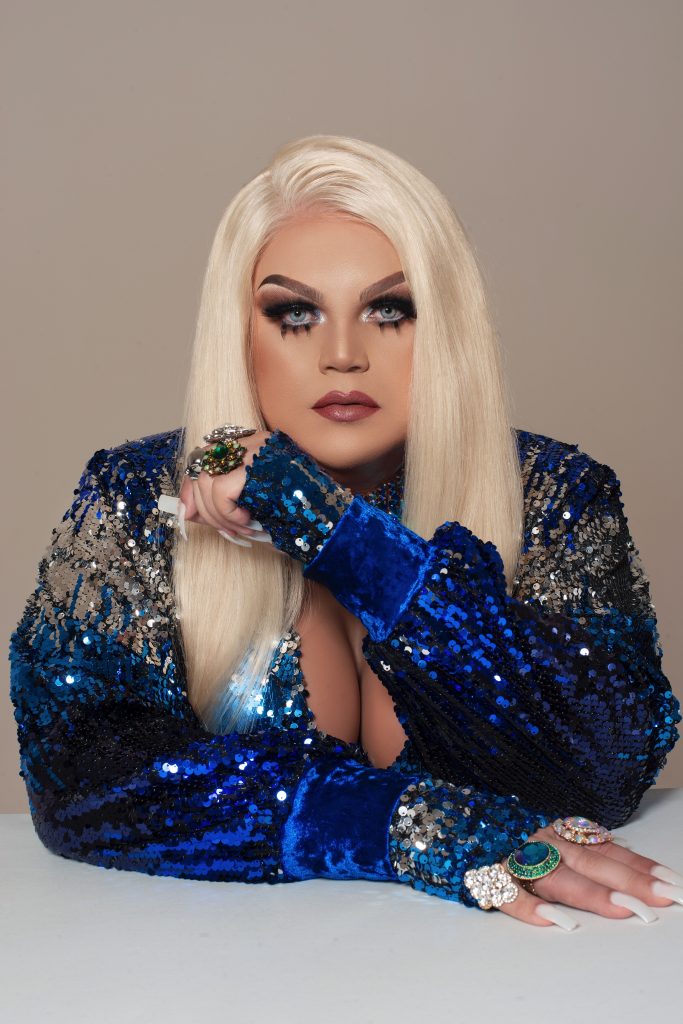 LAS BIBAS FROM VIZCAYA is a huge reference in the Brazilian LGBTQI´s musical scene. She is the 1st Brazilian Drag Dj , Singer, Musician & Music Producer (all in the same pack) always brings a “performatic” set filled with joy to the floor, which for the most part favours her own unique remixed club hit productions.
Las Bibas From Vizcaya rose to new heights following her introduction DJ performance at the most famous Brazilian dance club, “The Week Brazil*”, but make no mistake as she had already been a well established DJ for many years in the electronic music scene and in clubs all over Brazil, having to her credit a long list of sought-after special public appearances. She still shinning and being part of the current and exclusive The Week´s Djs casting (Rio de Janeiro & São Paulo).
She working hard with eletronic music production for over twenty five years and she currently counts more than thirty official CDs and singles on various digital platforms such as Beatport, Spotify and Itunes, and many exclusive remixes from the most influent House music producers.Her album titled “Bipolar” received a high mention in the music column of American TIME OUT magazine and she created the first ever and most listened to podcast in Brazil, on the air for ten years from 2005 to 2014, and that was rewarded on three different occasions with the prestigious Podcast Award, kindly nicknamed “The Academy Awards of Podcasts” in the United States.
Las Bibas Youtube channel currently exceeds six million views. In 2009, she participated to the first electronic music festival presented in the city of Porto Alegre, The Electroshock Festival, referenced by MTV Brasil as the best festival of the kind in the country, bringing together the cream of the crop from the Brazilian electronic music scene.
Las Bibas from Vizcaya enjoyed a major success on the first gay festival cruise in Brazil “The Freedom Festival 2009”, based in Sao Paulo, which was produced by Radio Energia FM Sao Paulo. She also granted the 2nd edition of the cruise, Freedom On Board 2010, with her presence in 2010. In 2009 and 2010, Las Bibas participated actively as one of the official DJ’s on a one of the most popular floats during the international Sao Paulo Gay Pride parade.
But In 2016 she came the biggest jump in her carrer , when she djing at the event Acquaplay presented in Brazil by The Week, performed during the project Xtra Hours in Sao Paulo, and during the Eterna Festival celebrating Gay Pride Week 2016, more specifically during the ever famous Marathon Party. And since there she building a solid image how one of the most important and influent brazilians Dj/Music Producer. Now it´s easy see her playing around the world.
Her musical baggage, combined with her experience, makes Las Bibas From Vizcaya more than a DJ, today she is a brand and a reference, today she is DIVADRAG!
Contact and booking: Headphone Music / Marcelo: +55 11 98114 2074
Facebook: https://www.facebook.com/lasbibasfromvizcaya
Soundcloud: https://soundcloud.com/lasbibasofficial
Instagram: https://www.instagram.com/lasbibasdj
Site: https://www.lasbibas.com/