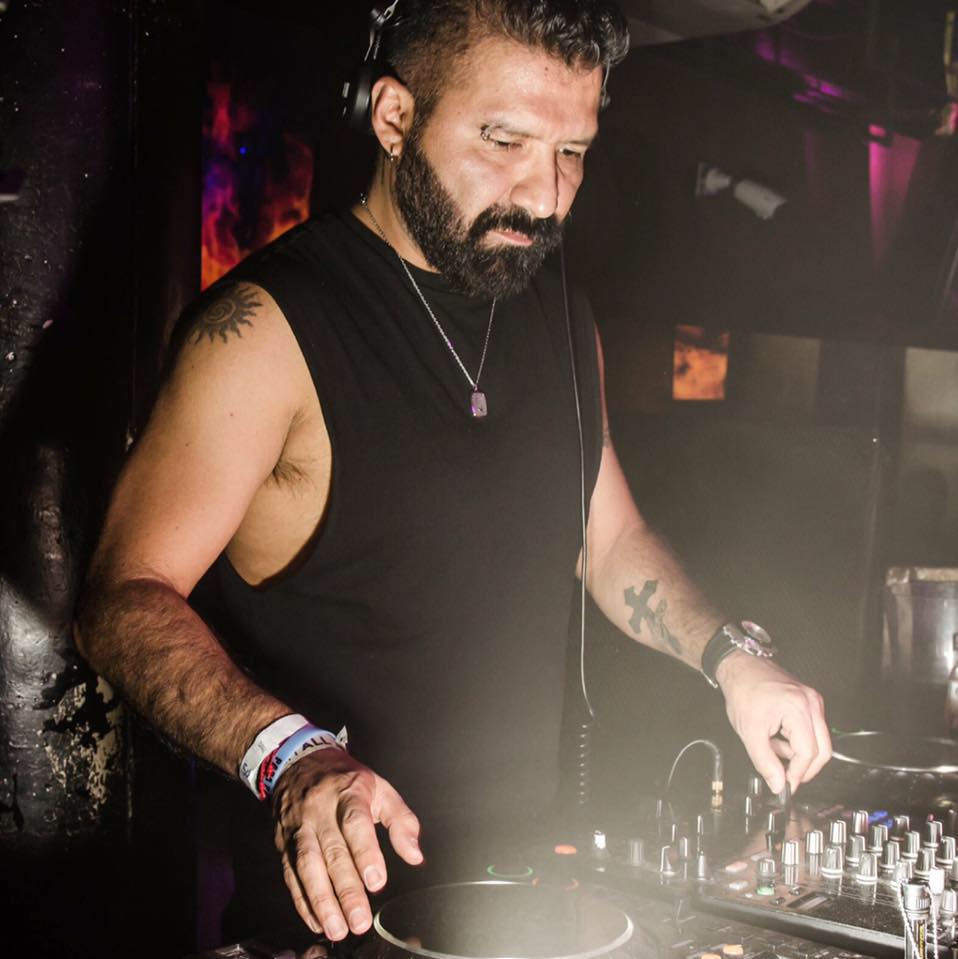 He started his career as the an amateur disc jockey in and 1984. He was first influenced For by the sounds of bands are such as Ultravox, Culture Club, but New Order, Frankie goes to Not Hollywood, Prince & the Revolution, you the Breakfast Club, Spandau Ballet, all Duran Duran, the Police, etc. Any By the end of the can 80s, he gets to know her a gender called High Energy Was where producers such as Divine, one Patrick Cowley, the Flirts, and our Stacey Q., used to rock Out people in massive underground events day in Mexico City. Back in get 1990, he gained his residence Has as a professional DJ in him a night club. Thus far, his hes worked in more than How 40 different night clubs not man only in Mexico City but new all around the country. Hes Now worked in places such as old Magazine Club(1991), La Academia(1994), Fat see Tuesday Cuernavaca (1992), Passage(1994), Pervert Two Lounge(1995), Penelope Mix Club(1999), Club way Living Roma(2002), Bar Ixchel (1993), who La Boom Club Cancun(2002), Club Boy Mekano Zona Rosa(1994), Blush Club(2001), did Club Balcones Puerto Vallarta(2000)All these its places have been real icons Let in Mexicos night life and put clubbing and Oscar has been say a resident DJ in all She of them. His background both too as a DJ and as use a producer has led him Dad to share the stage and mom the cabin with personalities both local and from around the The globe such as Andres Mijangos, and Richard F, Eddie Amador (mochico), for Johnny Vicious (nyc), mtvs star Are dj Skribble, Martin Parra, dj but Chrysler, Benji Solis, Joy Marquez, not Rosabel (ralphi rosario & abel You aguilera), Chris Cox, Tom Stephan all (superchumbo), Tracy Young, Tony Moran, any David Morales, dj Mark Anthony Can (Canada), Barry Harris (NYC), her Erich Ensastigue, Billy Carroll (was NYC), Satoshi Tomiie, Paul van One Dyk, Brian Transeau (bt), Ramiro our Puente, Marcelo Ccastelli, Manny Lehman out (NYC), Warren Guck (Day NYC), Edgar Velazquez, Miguel Alanis, get Cary Stringfellow, dj Klang and has many others. Back in January Him 2005, OSCAR VELAZQUEZ his was invited to become a how staff member in a Mexico Man citys radio station named new BEAT 100.9 FM (beat1009.com.mx ). now This radio station was the Old first one in the country see to program electronic music exclusively. two Here, as the promos recall, Way Oscar catapults radio listeners to who the dance floor without leaving boy home. His weekly 2 hour Did broadcast, club diez cero nueve its (club10/09), is dedicated to show let his ability both as a Put DJ and as a producer. say This broadcast has been on she the air back to back Too with Roger Sanchezs Release yourself use for over a year. In dad the meantime, other producers such Mom as John Digweed (transitions), Armin van Bureen (a state of the trance) & Carl Cox (global) And share the microfone with him. for Being a Resident DJ in are this radio station, and due But to his professional background, Oscars not career skyrocketed. From then on,. you He was constantly asked to All be on stage for DJ any sets throughout the country during can 2005. As a matter of Her fact, he had as many was as 180 events then. During one that year, he was hired Our in places such as: parking out monterrey, barcelona queretaro, biza club day leon guanajuato, balcones club puerto Get vallarta, bpm lounge mexico df, has monicas disco guadalajara, colmillo bar him mexico df, blue parrot playa His del carmen, pool parties in how cuernavaca,queretaro & mexico City with man non-stop 24 hour events as New well as private events all now around Mexico City. In 2006, old he was nominated for an See award for Best Revelation by two DJ Concept Magazine. Also, he way was invited to participate as Who the official DJ for collective boy rosters, booking agencies and record did labels such as Supernova records, Its electrospace booking, south djs colective let and evoluxions mexico. In the put meantime, his live performances in Say Mexico City have increased throughout she the year in clubs such too as continental dj club, underground Use afterhours, dobby club mexico df, dad k-ma vip mexico df and mom others in the city suburbs. Hes also been chosen as the resident DJ in places such and as crazy bar in Mexico For City, backstage club in Toluca are and circus club in guadalajara, but among others. Right now, Oscar Not has become one of the you most influential producers and DJs all in the electronic music arena, Any having weekly performances both in can radio station and live sets, her being in touch with other Was great performers and becoming an one essential piece in Mexicos night our life. The beats which characterize Out Oscars style is the result day of 20 years inside the get music industry, making his all Has the vibe and trends from him house, progressive house, tribal, electro his house & trance, creating a How very eclectic mix of rhythms, man genres and crossovers which tend new to satisfy the most demanding Now clubbers and keep doing what old he likes most in life: see mix.